Dan Miller, an engineer at Etsy, wrote an extensive blog post detailing Etsy’s transition to HHVM on some of their production servers. 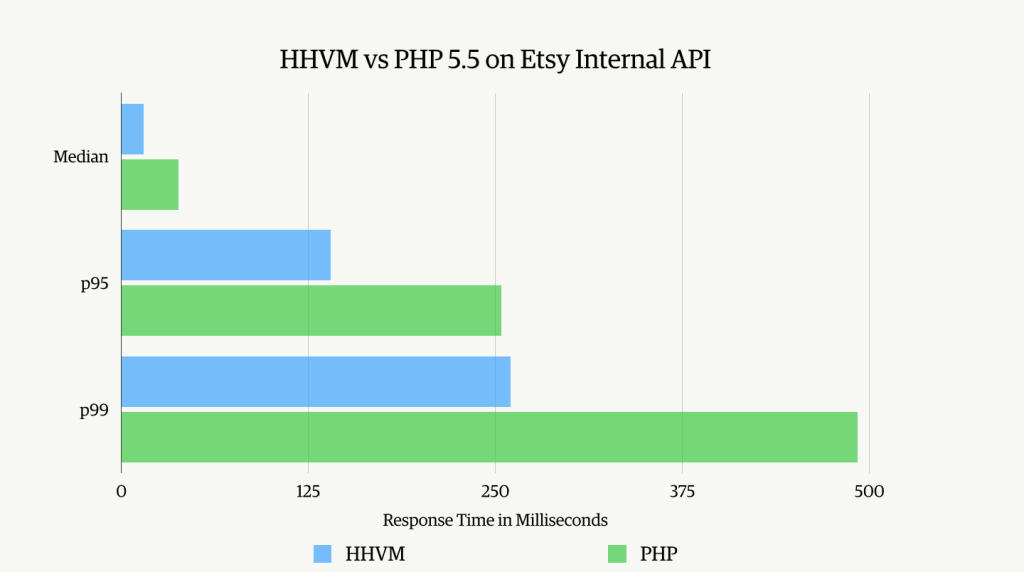 as well as a significant increase in maximum load before response time began to suffer: 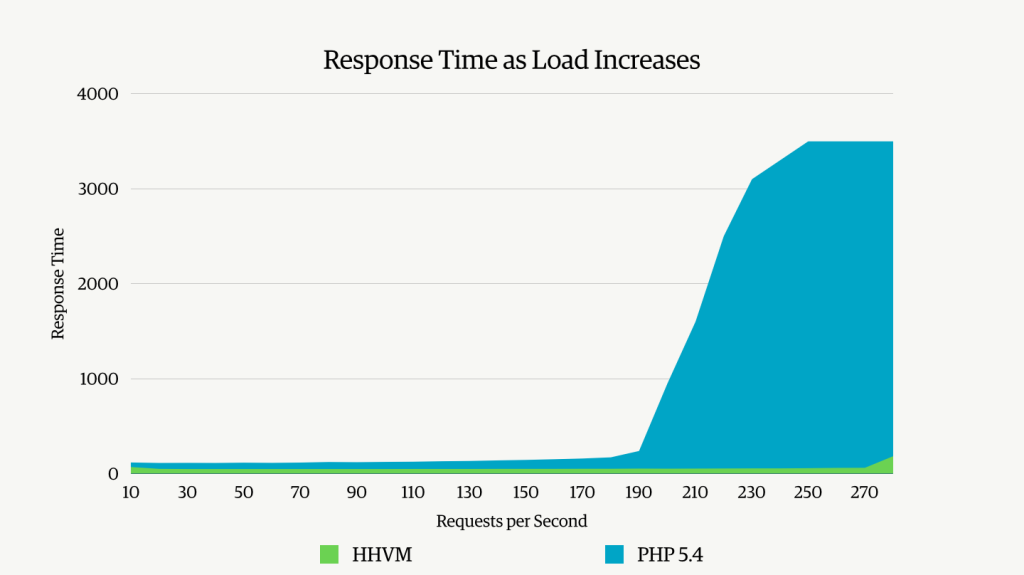 Beyond just raw performance, the blog post also talks about some of the other features of HHVM, such as its built-in debugger and performance profiling tools. I highly recommend reading the entire post for all the details!

Success stories like these are why Facebook open-sourced HHVM, and continues to be committed to it as an open-source project. Helping other people and companies scale their technology helps connect the world, and is why I personally love doing what I’m doing.

Read more at the Code as Craft blog: “Experimenting with HHVM at Etsy”